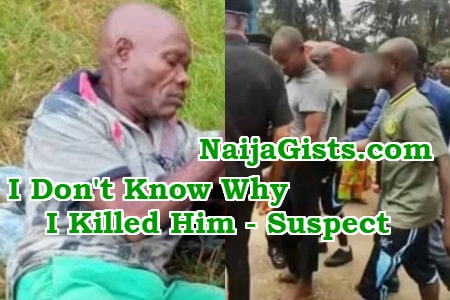 The desperate security guard who allegedly killed his colleague for money ritual in Ikorodu few days ago has confessed.

Mr Cletus Wilson was arrested after killing his co-worker John Okoro while they were both at the Lagos State Polytechnic  Ikorodu.

Sadly, he was arrested while attempting to flee with his body parts.

In his confession, Mr Wilson said he used a metal plate to hit the deceased on the head and slaughtered him after he died.

The man who appeared confused told reporters that he initially wanted to use the deceased for money ritual but changed his mind after killing him.

When asked why he was running away with his body parts, the suspect said he was going to hide it.

“I was taking his body parts to the bush to hide when I was apprehended on Sagamu Ikorodu Road. I didn’t know what came over me. John Okoro was my friend. He helped me secure a job in Laspotech through Kramoo. I don’t know why I killed him.” 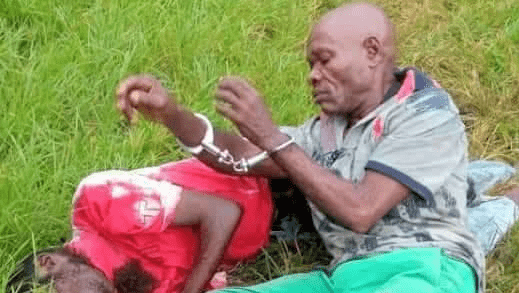 According to reports from the institution, Mr Wilson lured his colleague to the bush before attacking him. He was arrested on Ikorodu-Sagamu road with some body parts of the deceased who was also a guard at the institution.

What a wicked world!!.

How can you kill a man that helped you secure a job.

The heart of man is indeed wicked. May God protect us from evil people.

May the soul of Mr John Okoro rest in peace.

We hope he gets the justice his soul and family deserves.

The Level Of Moral Decadence In Nigeria Is Worrisome – Ime Bishop Umoh
Success In Nigeria Is About Who You Know, I Quit My Job Because I Was Tired Of Making Others Richer – Ninalowo