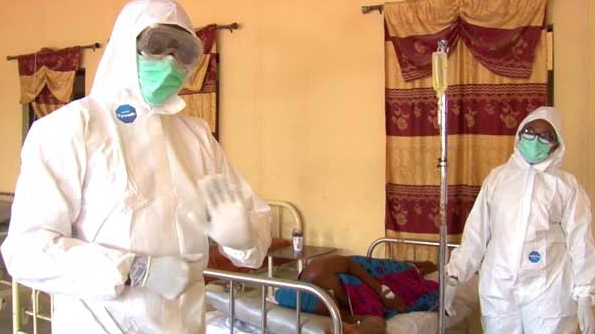 A medical doctor has died of Lassa fever at the Nnamdi Azikiwe University Teaching Hospital (NAUTH), Nnewi, the management has confirmed.

The Chief Medical Director (CMD), Prof. Anthony Igwegbe, on Friday in Awka, said that it was the first recorded case of Lassa fever handled by the hospital.
Igwebe said the doctor was brought in from Asaba, Delta.

“Yes, I can confirm to you that a medical doctor who was brought in here from Asaba died from suspected Lassa fever case.
“When he was brought as a suspected case, we took the samples to test and it turned out to be positive of Lassa fever.

“All stakeholders that attended to him did so under the universal precaution as recommended by WHO when you have such cases, said the CMD.
Igwegbe said it was the only case of Lassa fever being handled in the hospital and assured of continued precautionary measures.

“We are continuing our surveillance and taking necessary precaution when the body was in the morgue it was kept in a safe place and it was handled in isolation,” he said.

Officials of the Anambra Ministry of Health at a one-day workshop for Local Government Health officers revealed that four deaths arising from Lassa fever, including a medical doctor, had been recorded in the state recently.