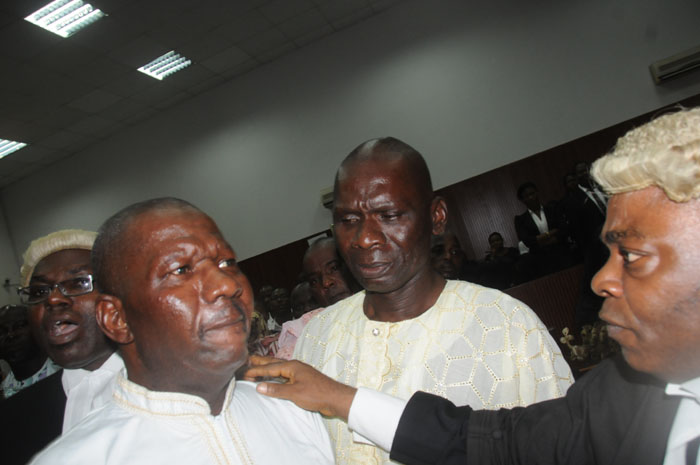 The latest on the cocaine trafficking saga of comic Nollywood actor Babatunde Omidina aka Baba Suwe is that the actor has officially filed an appeal at the Supreme Court against the decision of the Court of Appeal to quash the N25 million awarded as damages to him against the National Drug Law Enforcement Agency, NDLEA.

The High Court of Lagos had ordered the NDLEA to pay Baba Suwe N25 million as damages after he was incarcerated for many days for alleged possession of hard drugs, but the Appeal Court set aside the High Court’s judgment in the matter.

In the appeal filed, Baba Suwe contended that the Court of Appeal ought to have affirmed the High Court judgement since the NDLEA has no power under the Constitution or under any law to keep a person in detention without bringing him to court within the period provided for in section 35 of the Constitution.

He argued that the fact that the respondent claimed to be investigating the allegation of commission of crime against the Appellant is not a warrant for breaching the unambiguous provision of section 35 of the Constitution of the Federal Republic of Nigeria, 1999, as amended, saying that the evidence that another person who was arrested three days after the arrest of the Appellant excreted on the second and third day 60 wraps of drugs.

“That the Appellant did not excrete any banned substance ought to have led the Court of Appeal to conclude that the detention of the Appellant for 19 days was unreasonable.

“There was no legally admissible basis to justify the detention of the Applicant beyond the period stipulated in section 35 of the Constitution of the Federal Republic of Nigeria, 1999, as amended. The safeguard provided by law against a suspect absconding is bail and not indefinite detention without trial as suggested by the Court of Appeal,” he stated.