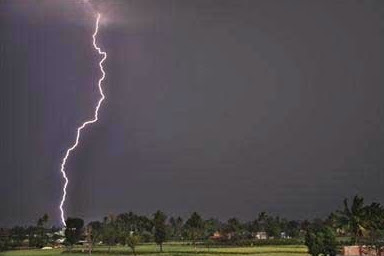 One Salami Adekunle was today killed by thunder during a heavy downpour in Oro area of Kwara state.

The 47-year-old civil servant from Ilesha was heading to the Registry Department of the College of Education in Oro area of Irepodun LGA around 10am when lightning struck and killed him on the spot.

Some traditionalists were said to have initially seized the corpse of the deceased before they later performed some cleansing rituals on him to avert such tragedy in the community.

However, some co-worker of the deceased believed the lightning was a natural occurrence and not a spiritual mishap as claimed by the traditional Sango worshippers.

The deceased has been released to his family members.