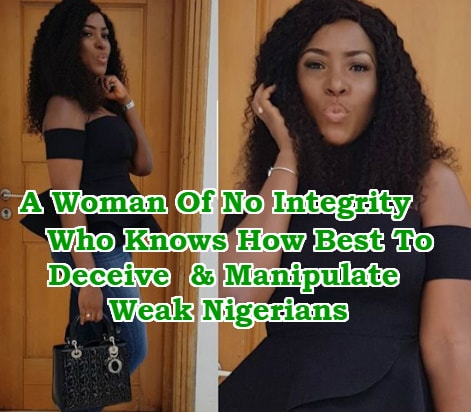 Linda Ikeji, A Woman Of No Integrity, Who Knows How Best To Deceive & Manipulate The Mind Of Weak Nigerians

A top blogger who became popular on the ground of deceit and lies has once again claimed that she is pregnant.

Linda Ikeji who is planning to launch a new firm today has saturated the blogosphere with the story of her pregnancy.

Apart from Kemi Olunloyo who debunked the claim earlier today, another source close to use has also confirmed that the pregnancy story was put up to deceive Nigerian bloggers and media house to keep reporting her story until she steals all their visitors and stay relevant.

The baby bump you see in her viral photo is a prosthetic maternity belly (fake baby bump) wore by Beyonce and others faking pregnancy in the past. 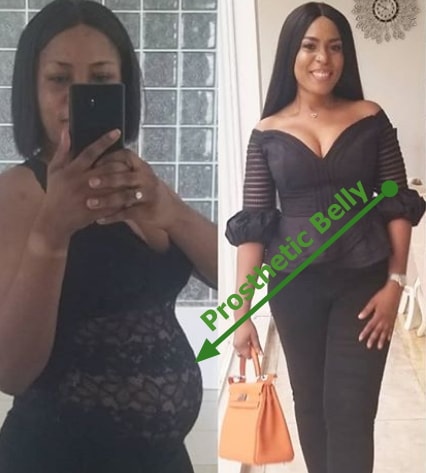 Linda who is popular for using hoax to promote herself rose to fame on the ground of deceit.

She plans to continue this dishonest lifestyle to stay relevant in the game now that other bloggers are becoming more popular than her.

The overrated blogger who allegedly bought her Banana Island mansion from money realised from politicians in the past elections seems to know how to manipulate Nigerians to her advantage.

The fake pregnancy story has now set the stage for her upcoming projects.

It is disheartening to see how a woman will trend on the ground of deceit while calling it wisdom.

She is indeed living to the negative meaning of her name.

I don’t understand how someone can tell so many lies and never feel bad about it as long as her bank account keeps growing.
You can’t constantly lie and expect people to trust you . It will backfire sooner or later.
Nothing glorifies a man or woman like integrity.

Saidi Balogun: The Day A Married Woman Kissed & Hugged Me In Front Of Her Husband
Photos: What Happened At Prince Harry & Meghan Markle Royal Wedding Today