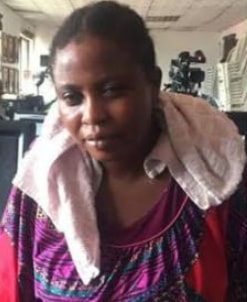 A 35-year-old woman, Jumoke Adesida, has been arrested for allegedly kidnapping a two-year-old girl in Lagos.

It was gathered that Adesida, a resident of Odo-Kekere village in Ogun State, allegedly stole the child because she was lonely and needed someone to play with.

The woman kidnapped the kid, Rokibat Raji, at her mother’s shop.

The police said the victim’s mother, Aminat Abidoye, 38, had reported the disappearance of her child at Shagamu-Road Division, prompting the state Commissioner of Police, Imohimi Edgal, to direct the Anti-Kidnapping unit to handle the matter.

Confirming the incident, Edgal told journalists that the unit tapped into the robust community policing structure to look for the victim.

He said: “Their efforts paid off as the missing child was traced to Jumoke Adesida, 35, in Odo-Kekere Village, Ogun State. During interrogation, Adesida confessed to the crime. She explained that she needed the child to play with as her husband has taken her only child away from her.

“The suspect would be charged to court as soon as investigation is concluded.”

Continue Reading
You may also like...
Related Topics:lagos, lonely kidnapper