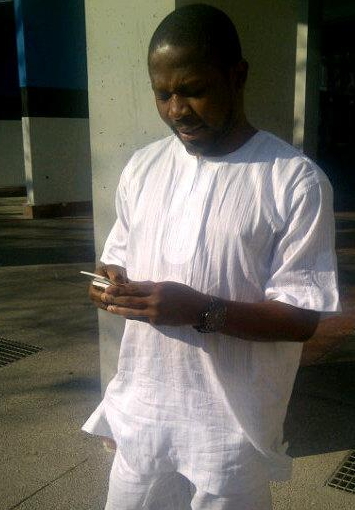 New tragedy yesterday hit the family of the late Lowo Oyediran Ajanaku, who was allegedly murdered by his wife, Yewande, in Ibadan recently, following the death of his foster father, Pa Yahaya Ajanaku.

The demise of Pa Ajanaku, said to be the patriarch of the Ajanaku family, occurred in Gbongan, headquarters of Ayedaade Local Government Area of Osun State.

Daily Sun gathered that the octogenarian reportedly died of high blood pressure when he heard the sad news that his son, Lowo, had been murdered by his wife.

Last week, Yewande, a lawyer, allegedly stabbed her husband, a France-based-business man to death in Ibadan when she discovered that he had fathered a child with another woman.

A source, who claimed to be a member of Ajanaku family and preferred anonymity, said Pa Ajanaku died at his residence in Owoope Area of Gbongan.

The source added that Pa Ajanaku, who was immediate elder brother to the biological father of the late Lowo, took over his upbringing in 1990 when his father died.

“But, on hearing the sad news last week, the man, who was the immediate elder brother to Lowo’s dad could not bear the shock. He developed complications and later died of high blood pressure in the early hours of Monday,” the source explained.

Another source added that the mother of the deceased had not been informed of Lowo’s death since the incident happened last week, saying, “she is being kept in Ile Ife.”