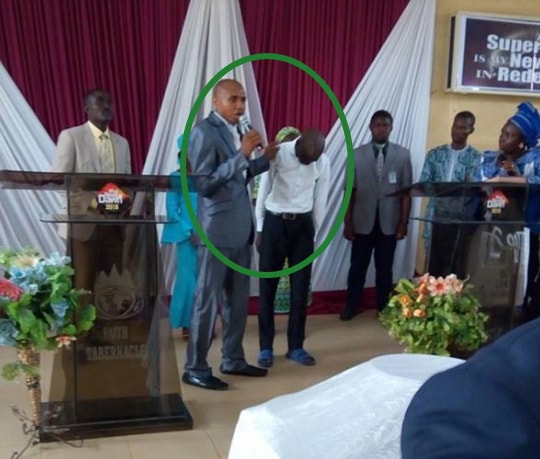 Check out this powerful testimony of a mentally challenged man who received his healing in Ikole Ekiti last week during a street evangelism.

Here is how eyewitnesses,  Victor Aje & Ogundele Ayodeji shared the story on Facebook over the weekend.

My God! If you are from Ikole-Ekiti especially ona ara where i hailed from you will appreciate the working wonders of Our God. this man in question was not just a mere mentally challenged man, he is a full blown mad man with a dreaded hair 3 times longer than that of bob Marley and he has been parading our street for over a decade, this is not bojuboju (hid and seek) miracle. God of Adeboye, God of Oyedepo, God of my father Segun Olusegun Oduyebo I praise thee! pastor evangelist #freeze show your face Mad man!.

Here is a new creature (Adekunle Akomolafe) who God of winner restored his brain , sharing his testimony in God’s presence. (living Faith Church ikole) .
He said he is from Akure, Ondo state
He graduated from Ado grammar school, Ekiti state.
He said he has been battling with the affliction for so many years.
But yesterday, God of David Oyedepo healed him via woman preaching on the street in ikole LG.
By God grace this man has finally regained his freedom. Hallelujah.!!!!!

A long year mad man who has been roaming on the street of Ikole-Ekiti in Ikole local government area of Ekiti state for over ten years was miraculously healed today, the mad man popularly called ‘Pastor’ got healed when some members of winners church were going on street evangelism, they met the mad man where he was laying beside the street and he stood up and asked them to pray for him, one woman among the evangelists prayed for him and thereafter the mad man said they should barb his hair for him which they did in the presence of many people that have gathered to witness what was going on.

After the barbing, his behavior and utterances turned normal and was apparently feeling ashamed which signaled that he has regained his mentality, he demanded that they should take him to the church and he was taken to the living faith church (Winners) at Oba Adeleye road, corner Folusho in Ikole ashundreds of people mobbed the scene to see what has happened. 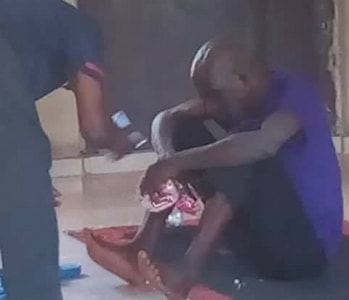 He gave his name as Adekunle Akomolafe from Akure, He was given soap and water to bath and later said he is feeling sleepy,

I got to the scene and met with the head pastor of the church Pastor Ikechukwu Okafor who gave hint of the whole scenario, he said anyone who wish to see the man should come to the church by 9am on Sunday he said efforts are been made to get his relations.

I am presently writing from the church and as I write, the healed man is just waking up from his sleep that has lasted for over 45 minutes.