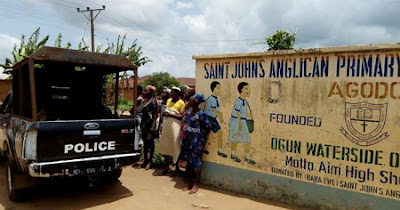 According to investigation, the assailant entered the school premises from a nearby bush and inflicted machete cuts on the children who were observing lunch break with their colleagues.

NAN gathered that the assailant fled the scene at about 11 :15 am after the incident.

It was learnt that the deep machete cuts inflicted on the victims left them in the pool of their blood.

Sources said while the school has a perimeter fence it has no gates. 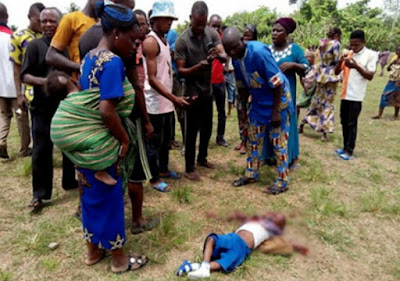 NAN gathered that parents and guardians thronged to the school after the incident to withdraw their wards while security agents have commenced investigation.

Oyeyemi gave the names of the two victims as Mubarak Kalesowo and Sunday Obituyi , both aged four and in Kindergarten class.

“The incident happened at 11:30 a.m. during lunch break. The children were on the field playing. The guy just emerged from the bush and hacked two of them to death and immediately he did it, he ran away.

“Those who know him (suspect) said he is a madman and also an indigene of that place. But we are not relying on that.

“We are on his trail, we want to get him arrested.

“It is only a medical expert that would confirm whether he is a mad person or not.