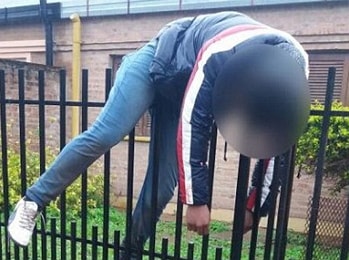 According to the Daily mail, a gunman escaping from a shooting scene accidentally shot himself as he climbed a fence .

Fernandez had earlier stormed the home of his ex, Carina Carabajal with a .22-caliber rifle and shot Campos after serious confrontation.

Shortly after the attack, he attempted to scale the fence to escape from the scene when he accidentally pulled the trigger on himself.

He died on the spot while his victim miraculously survived after he was rushed to the hospital.

Continue Reading
You may also like...
Related Topics:argentina, man, Shoot