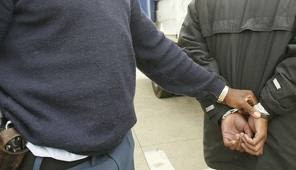 Ogun State police command has arrested the 62-year-old man, Alabi Ibraheem, who was accussed of defiling his 10-year-old stepdaughter in Abeokuta.

The accused, who was reported to have evaded arrest, was eventually arrested by policemen attached to the Oluwo police station, Abeokuta.

He was immediately transferred to Ilupeju police station on Ayetoro road and was subsequently transferred to the State Criminal Investigation Department (SCID) of the Anti-Human Trafficking and Child Labour for further interrogation.

The state Police Public Relations Officer (PPRO), Muyiwa Adejobi, confirmed the arrest, adding that the suspect would soon be charged to court.

He said the command was still awaiting the medical report of the test conducted on the victim.

It will be recalled that the suspect was allegedly accused of having carnal knowledge of his stepdaughter.

Meanwhile, AN Osogbo magistrates’ court, on Monday, ordered a 32-year-old man, Akinboye Adewole, to be remanded in prison custody for allegedly raping a nine-year-old girl.

The accused was alleged to have committed the offence on October 14 at the Olorisaoko area of Ikire, Osun State, around 11.00a.m.

According to the charge sheet made available to journalists, the accused unlawfully had carnal knowledge of the girl, thereby committing an offence punishable under the laws of the state.

Police prosecutor, Mr Joshua Oladoye, said the accused committed an offence contrary to and punishable under Section 218 of the Criminal Code Cap 34, Vol 11, Laws of Osun State 2003 of Nigeria.

The accused, however, pleaded not guilty to the one-count charge of rape.

Counsel for the accused, Mr Abimbola Ige, urged the court to grant his client bail in the most liberal term, just as he assured the court that the accused would not jump bail if granted.

The magistrate, Olusola Aluko, in his ruling, ordered the accused to be remanded in Ile-Ife prison custody, while the case was adjourned till November 28 for mention at Ikire magistrates’ court. (Credit: Tribune)