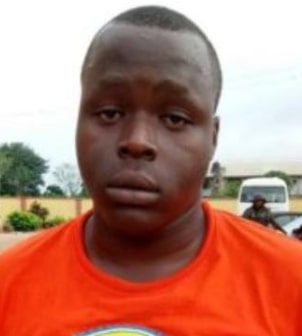 A Chief Magistrates’ Court in Kaduna, On Thursday ordered that a 23-year-old labourer, Mustapha Jibrin, be given 12 strokes of the cane for smoking at a notorious black spot.

Jibrin, a resident of Ungwan Sarki in Kaduna, was convicted after pleading guilty to a one-count charge of constituting public nuisance.

Magistrate Ibrahim Emmanuel passed the sentence after the convict begged the court to temper justice with mercy.

Emmanuel said the court had indeed tempered justice with mercy because the convict was a first time offender.

He advised the boy to be of good behavior, and enjoined his guardian, who was present in court, to advice him properly.

The prosecutor, Inspector Leo Chidi, told the court that the convict was arrested at a black spot at Ungwan Sarki, Kaduna on Nov 5.

According to Chidi, the convict and his friends had been caught smoking at the spot on many occasions and were warned to stay away from the spot.

He said that a team of policemen attached to Gabasawa Police Station led by Inspector Abu Mohammed, arrested the convict on Nov. 5 when he failed to adhere to the instruction while his friends escaped.

He added that the offence contravened the provisions of Section 199 of the Kaduna State Penal Code Law, 2017.