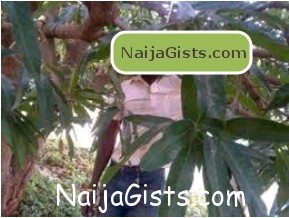 A 34-year-old man identified as Tari, yesterday in Yenagoa committed suicide by drinking a mixture of insecticide know as Sniper and liquid Bleach few hours after securing a state Government road contract worth N200million for the construction of the Egbedi road in Kolokuma/Opokuma area of the state. naijagists.com

Tari,who is an indigene of Trofani Community in Kolokuma/Opokuma area of the State and a graduate of the University of Port Harcourt in Rivers State, swallowed the poisonous mixture in the early hours of Friday and was found writhing in pains by close relatives.

SOB gathered that the incident occurred at the home of the deceased located within the Civil Servant Estate behind the office complex of the State Scholarship board.

According to Family sources,the mother of the deceased,who is identified as a retired Civil Servant and other family members, were shocked beyond words at the incident. None could however give reasons for the decision of the deceased to take his life.

While some family sources have started ascribing the tragic end to some mysterious powers, others claimed that the deceased had, in the past few days, been receiving threat calls on his mobile phone. They claimed the mysterious callers have been threatening to kill him over undisclosed deals.

It was further gathered gathered that the relatives and sympathizers,after discovering the grievous act of the deceased, rushed him to the Federal Medical Center (FMC) for treatment and reportedly took him to a Church after his condition deteriorated.

Expectedly, family members were too devastated to speak as they wailed and cursed over the incident.

Speaker of the State Police Command, Mr. Fidelis Odunna, said no official report on the incident had been made at the time he was contacted. He however said operatives of the command would be deployed to investigate the incident.(SholaOneil)