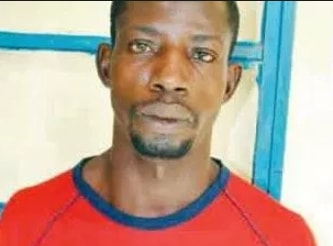 An Ikeja Magistrates’ Court on Monday ordered that a factory worker, Emmanuel Friday, who allegedly defiled a three-year-old girl be remanded in prison, pending legal advice from the Lagos State Director of Public Prosecution (DPP).

The plea of the defendant was not taken because the court lacked the jurisdiction to entertain the matter.

“Based on the sensitivity of the case, it is difficult to grant bail. Bail will be the discretion of the court.

“Case file should be documented and send to office of the DPP for advice,”she said.

She adjourned the case until April 17.

Friday, who resides at Ile-Epo, Abule-Egba, Lagos, is being tried for defilement.

Police Prosecutor, ASP Ezekiel Ayorinde alleged that the accused committed the offence on March 12 at his residence.

He alleged that the defendant defined the three-year-old daughter of his neighbour.

He alleged that the accused The defendant lured the little girl into his room and sexually assaulted her.

The mother , he said, reported the case and the defendant was sarrested.

The offence, he said, contravened the provisions of Section 137 of the Criminal Law of Lagos State, 2015, which prescribes life imprisonment for defilement.