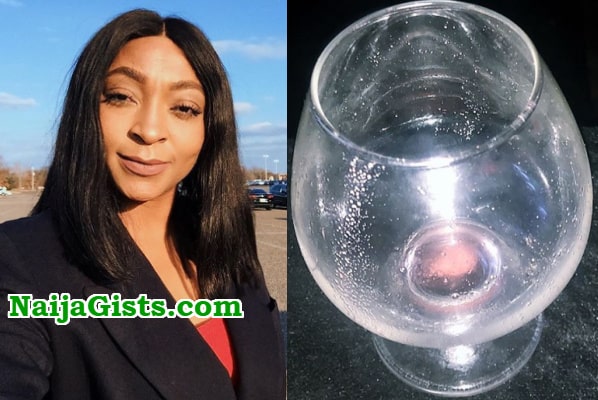 Media personality Sharon Ojong is still yet to recover from the effect of a spiked drink she took during a house-warming party in Lagos.

The hardworking mother said it is now past 48 hours yet the drug in her system is still troubling her.

Here is how she narrated her ordeal.

I’m so grateful to God for being with me as well as having a proactive friend who was with me and got me out of there ASAP. Although I’ve spoken to medical professionals and taken what I needed to get the acid and ingredients out of my system, the past 48hrs have been long and restless with the drug in my system. I feel extremely disparaged.

For a second, I feared speaking out will attract ill-mannered and uncouth comments but he chose the wrong woman. I refuse to be discouraged and silent.___Over two hundred women are being raped daily, with less than a hundred reporting to the police.

Very few of these cases will be investigated, prosecuted, and no more than ten will result in a conviction and lenient sentence (with most perpetrators end up serving half their sentence). Most times nothing else has been done to pursue the investigation simply because victims can’t provide any information to take this investigation further. But thank God for social media, this type of men need to be shamed!!!___P/S – For legal reasons, this post was taken down for more investigation. But back up now because I have never doubted my instincts and my suspect is blatantly lying instead of owning up and apologizing for attempting to kill or rape me.