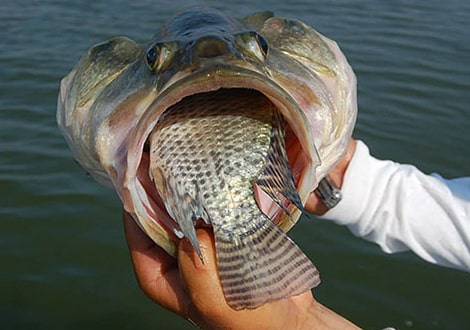 Man Dies After Swallowing Live Tilapia Fish In The Philippines

A man died after he accidentally swallowed a live tilapia fish and got his airway blocked, while fishing in a central Philippine river, local news reported today.

According to the report, the 50-year-old  victim, identified as Roger Marcelino, and his son went fishing in the river in Tagutud, a village in Bungasong town in Antique province in the central Philippines, on June 29 when the accident happened.

The son reportedly said it has been his father’s habit to put his fresh catch between his teeth.

However, this time he swallowed the fish, which apparently blocked his airway, causing him to stop breathing. The report did not mention the size of the fish.

The victim was taken to a local hospital but was declared dead, the report added.