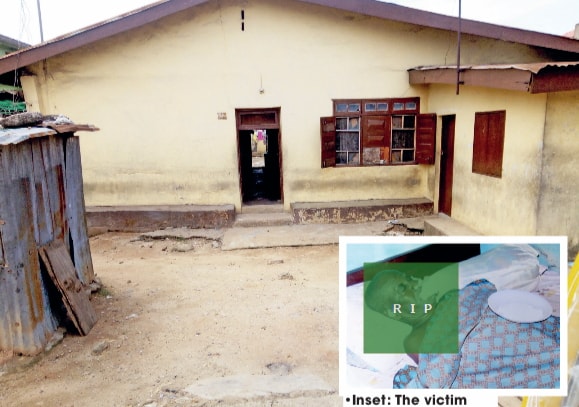 Some residents of Bajulaiye axis of Shomolu were on Friday thrown into mourning after the death of a resident, Pa Abdul Quadri aka Baba White.

The 72-year-old was returning from Jumat Service at the Central Mosque few blocks away from his house on Friday around 3:00pm when he touched the iron bar of a mini goal post aka Monkey Post. He reportedly got electrocuted on the spot.

The deceased did not see that an electric cable previously disconnect by technicians of the Ikeja Electricity Distribution Company (IKEDC) was lying on the monkey post when he grabbed it while attempting to jump over a gutter in front of his house.