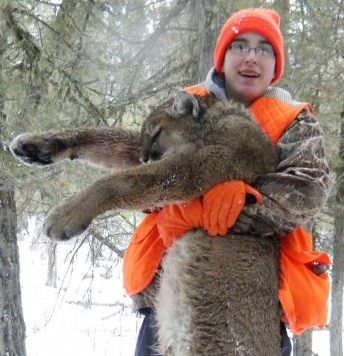 September 2nd, 2017 – ManElectrocuted In Houston While Trying To Save Sister’s Cat From Hurricane Harvey

A mother has been left devastated after her son was electrocuted in the Texas floods while trying to save his sister’s cat. Andrew Pasek, 25, was wading through water in Houston with childhood friend Sean Stuart Tuesday when they neared a light pole, unaware it was electrified.

Incredibly, after feeling the electrical current, Pasek immediately thought of his friend.

“He told Sean, ‘Don’t touch me, go away! I’m dying,’” his tearful mother, Jodell Pasek, told Inside Edition. “Sean ran across the street as much as he could to get out of that water.”

Of her son, she added, “I can’t even imagine his selflessness.”

No one could come to his recue for more than an hour until the power had been switched off in the neighborhood.

“They could not save him or try and resuscitate him because of the electricity in the water,” his anguished mother said.

Sadly, Andrew Pasek is not the only one to fall victim to the hidden flood danger.

Five men and two journalists set out on a rescue mission in a boat, which lost power. When they started drifting towards downed wires that were sparking in the water, they jumped out in a bid to save themselves.

But two men, Yahir Vizueth, 25, and Jorge Perez, 31, were electrocuted. Two others, Benjamin Vizueth, 31, and Gustavo Rodriguez-Hernandez, 40, are still missing.

The two journalists with DailyMail.com and another man held onto a tree for hours until they were rescued.

Vinnie McManus, who works with the fire marshal’s office in New York’s Nassau County on Long Island, says anyone in that situation must be aware of warning signs that there is an electrical current in the water.

“You may hear some buzzing from electrical equipment,” he said.

People in the water may also feel a slight tingling and, if so, “you must remove yourself immediately from that situation,” he said.

Boko Haram Terrorists Stab 11 To Death In Borno IDPs Camp
“I Became A Smuggler Because I Can’t Kill Fellow Humans To Get Money, This Country Is Tough”