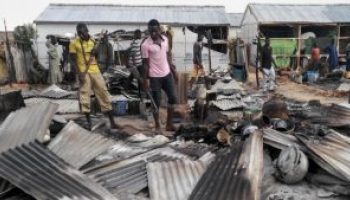 The camp which is home to over 45,000 displaced people was hit by members of the deadly sect around 11:30pm.

The sect smashed the barricade protecting the camp and descended on the helpless IDPs.

They stabbed 11 people to death before soldiers guarding the camp were alerted to chase them away.

The terrorists reportedly fled with food items meant for the displaced people.

It was gathered that the hoodlums resorted to the use of knives as against guns to avoid alerting soldiers.