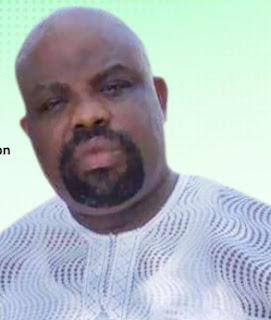 Mr Roy Oribhabor, an Edo-based youth crusader on Sunday commenced what he described as a 30-day hunger strike to raise the alarm over the spate of killings, kidnapping and insecurity in the state.

Addressing newsmen in Benin City under the aegis of ‘The voice of the commoners in Nigeria’, Oribhabor said the rate of insecurity in the state was alarming.

According to him, urgent steps must be taken to curtail the ugly trend through the establishment of Neighbourhood Security Agency.

Oribhabor, who lamented the helplessness of Edo residents, said:

“He is seriously worried about this development in our society, therefore it has become pertinent to call on Edo State government to establish Neighbourhood Security Agency to tackle the ugly trend. ”

“To this effect, I, Roy Oribhabor, hereby declare hunger strike from today, October 9, 2017 to November 8, 2017 to call the world attention and also government to provide adequate security and unconditional release of Amb. Osayomore Joseph and Mr. Andy Ehanire”, he said.

Oribhabor recalled that few months ago, the immediate past chairman of Etsako East Local Government Area, Johnson Afegbua, was killed by unknown gunmen along Benin-Auchi road while recently, Mr. Andy Ehanire, Managing Director of Ogba Zoo and Gardens and musical icon, Amb. Osayomore Joseph, were kidnapped in the state.

“Also, my car was stolen. On September 30, 2017, popular DJ MOG was robbed and shot. Mr. Andy Ehanire was kidnapped as if that was not enough, a prominent local musician, Amb. Osayomore Joseph also kidnapped and his wife shot. A university don, Prof. Paul Otasowie, of the University of Benin, was killed. This is just to mention a few.

“We can no longer sleep with our two eyes closed. I hereby condemn the activities of criminal elements and their behaviours to undermine the security of the state,” he noted.