October 10, 2017 – Davido’s Friends DJ Olu & Chime Amaechi Were Poisoned, CCTV Footage Allegedly Exposed Their Suspected Killer After He Dropped Something In Their Car

The sister of one of the friends of Davido found dead in a car in Banana Island on Saturday has opened up.

Sopulu Amaechi in an exclusive chat with NET today said any information that claims that her brother overdosed on drugs is false. 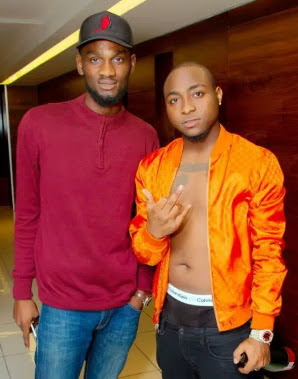 Here are her words during a visit to NET TV office today:

‘Chime was not that kind of person, I have seen addicts and I know how they act…My brother or Dj Olu were not definitely not addicts’.

‘You see, addicts are always fidgeting, their account of what they do is not constant. Chime was always coherent. I never suspected his moves because he confided in me. So how would they say he overdosed on drugs? Nobody is asking for the name of the place they went to eat, neither are they asking if he was poisoned. I am convinced that this was a case of poisoning or sabotage, because I know my brother.’

Pressed on why her brother could have been murdered, she says ‘My belief is that it was something connected to his business.

Her and Olu were negotiating a deal with the Oyo State Government and he had just arrived from Ibadan.

The person who reviewed the CCTV footage told us they saw someone drop something in their car and the person left.

They should tell us who that person is.’ When we spoke to the DPO of Ikoyi Police Station whose officers were the first on the scene after the bodies were discovered, he said no information has been given by him as to the cause of the deaths until the autopsy is complete.

‘I’ve been seeing a lot of information all over the place. We will disclose our findings when the investigation is complete.’

From what we have been seeing in the past one week, it seems a killer is on rampage.

Hope security operatives can take this seriously and arrest the culprit before further damages are done.

May God comfort your bereaved loved ones.