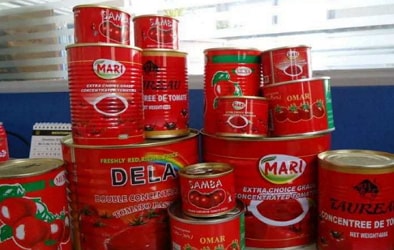 A man identified as Austine Ibe has been sentenced to two-year imprisonment by an Oredo Magistrate Court for stealing 75 cartons of tin tomatoes valued at N315,600.

32-year-old Ibe was said to have committed the offence on October 14, 2017 at No. 4 Butcher Street, off Forestry Road, Benin City, Edo State.

The items were stored at a warehouse belonging to one Paul Okafor.

Ibe was arraigned on a two-count charge of stealing and break-in and entry.

He was found guilty on guilty on both charges by the presiding Magistrate, F.E Akhere.

Prosecuting Council, Patrick Agbonifo, had earlier informed the court that the offences were punishable under sections 414(1) and 390(9) of the Criminal Code 48 Vol II Laws of the defunct Bendel State of Nigeria, 1976 now applicable in Edo State.

Magistrate Akhere sentenced the accused to two years imprisonment without an option of fine.