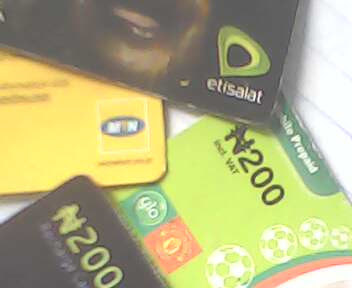 A 28 year old man Emmanuel Stephens has been sentenced to 42-month imprisonment by an Ikeja Magistrates’ Court for stealing recharge cards worth over N18,000. naijagists.com

Stephens was arraigned on a two-count charge of burglary and stealing by the police before Magistrate A.T. Omoyele.

The prosecutor, Inspector Romanus Unuigbe, told the court that the convict, on 15 August, 2012 at about 4am, stole recharge cards valued at N18,00 belonging to Uwaifo John.

The convict, according to him, broke into the shop of John at 68, College Road, Ifako, Agege, in Lagos and also stole the sum of N4,500.
Inspector Unuigbe told the court that the convict who had no occupation and fixed address was arrested in the process by the police during a patrol in the area.

He also alleged that Stephens had earlier served a 6 month term in Kirikiri prison and had also been sentenced for community service in 2007.
The prosecutor also recalled that the convict had been arrested for selling fake yellow fever paper at the airport in Ikeja.

Unuigbe said the offence contravened Sections 308 and 285 of the Criminal Code, Laws of Lagos State, 2011.

When the charges were read to Emmanuel Stephens in the open court, he pleaded guilty to the two-count charge and the magistrate subsequently sentenced him to 42 months imprisonment.

“I find the accused guilty of the two-count charge and I hereby sentence you to 42-months imprisonment with no option of fine,” Magistrate Omoyele said. (PM reports)