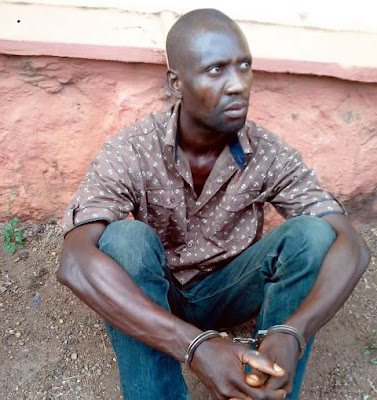 December 21, 2016 – Man Kills Mother Because She Allegedly Asked Him For Sex

Pictured above is Segun Ogunlusi, a resident of Abeokuta who reportedly stabbed his mother, Abimbola Ogunlusi to death on Tuesday the 13th of December 2016.

On why he committed the evil act, the 33-year-old suspect said he was provoked by his mother’s constant demand for sex.