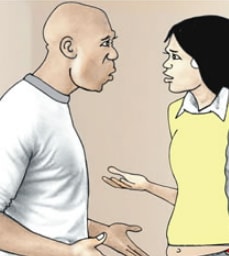 A nurse, Mrs. Olabisi Akinleye today begged a Lagelu Grade C Customary Court sitting in Iyana-Offa to terminate her seven years married on the ground that her husband, Hammed Akinleye jailed her mother.

She also told the court that she is no longer interested in the union because of the maltreatment her husband always melt out to her and her mother.

According to Olabisi, her husband lied to the police and deceived them on the ground that she stole his money and also her property and packed same to her mother’s house, which led the police to putting her mother behind the bars at the police station for 24hours.

She also added that her husband is untrustworthy having deceived her into marrying him that he lost his first wife to an accident, claiming to be a helpless widower.

She said, “He played the helpless widower and begged me to marry him. However, when he impregnated me, he told me to abort the child saying that he couldn’t marry me because I already have a child out of wedlock with another ‎man.”

‎In his defense, Hammed described his wife as a very promiscuous woman, adding that, he doubts the paternity of the child she had for him.

He denied ever reporting his mother-in-law to the police but that she got herself into trouble with the police when raised a false alarm that he was trying to kidnap his own daughter.

“I even had to pay for her bail to secure her release from the detention. I want the court to go ahead and grant my wife’s request. I am glad that she is seeking a dissolution of the marriage because I can’t tolerate her promiscuity any more.

“She has also been denying me of sex, anytime I want to exercise my conjugal rights she always complain of headache as well as claiming she is hypertensive., whereas, she’s is having indiscriminate affairs with other men,” he said.

In his ruling the court President, Mr. Mathew Ogungbenle, asked the couple to come along with their respective parents at the next sitting and adjourned the case till June 6.

Continue Reading
You may also like...
Related Topics:call, man, mother in law, police 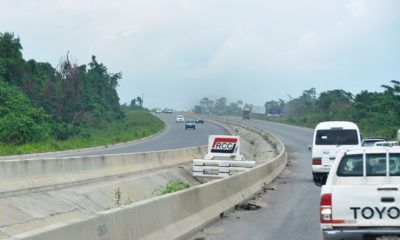