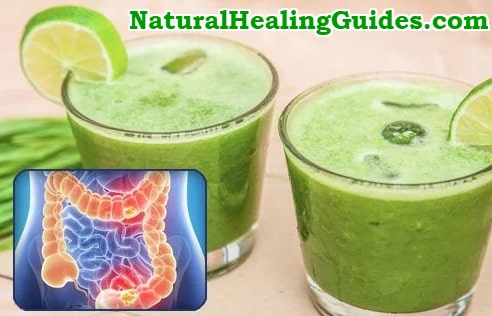 We Live In A World Of Poisons Made By Man, The Only Way Out Is To Detoxify Our Bodies

Death begins slowly, but surely in the intestine…This was my message last Friday to green pasture herbs chat group, of which I am a member. It invited attention to the latest post in www.olufemi kusa.com titled: ‘Constipation, irritable bowel syndrome and co travellers’. In the post on this forum and in that on www.olufemi kusa.com, I mentioned a chat which Mrs Sola Sowemimo, a member of this platform, gave to me as a gift when she returned from a conference in Mexico held by an organisation called CANCER DEFEATED.

I said the chat was in agreement with the one released by British surgeons about two decades ago with the warning that… DEATH BEGINS SLOWLY BUT SURELY IN THE INTESTINE. That warning suggested also that many children of today may not survive their parents because they ate largely killer foods. That chat has made the rounds in many medical literature since then. At the request of some members of the platform to have an idea of what the chart looks like, I decided to publish it in The Nation where the article on constipation first appeared, since there may be many people who read it, who may also wish to know what the chart looks like.

The chart gift by Mrs Sowemimo agrees also with that in the book titled: ‘THE MIRACLE OF FASTING’ by Paul C. Bragg and his daughter Patricia Bragg, who opened the first health food store in the United States.

The chart shows which nutrients are specially absorbed by different sections of the intestine and which biochemic tissue or cell salts keep them optimally alive and optimally functioning.

It suggests that damage to any of these sections implies malabsorption of nutrients in the intestine, nutrient deficiencies in the blood stream and organs and the inevitable diseases that will follow them.

When you observe the chart, you would see the healthy colon and the damaged colon. You should ask yourself about how a doctor can help to revive a damaged colon. Often, the surgeon believes there is no remedy and, so, surgically removes the damaged section. Then, he joins the two good portions. A person in whose body such an intervention takes place may never be a normal person again. For with the loss of a section of the intestine, he or she may partially or fully lose nutrients such a section is meant to absorb into the blood stream. If one of the nutrients is Vitamin A, for example, it means such a person may perennially suffer from the symptoms of Vitamin A deficiency, which may include poor immunity, poor skin health and poor vision, especially at night. There is a way such a person may overcome these challenges, however. One of them is by taking sublingually, that is under the tongue, food supplements, which will correct these deficiencies and are specially produced to pass directly into the bloodstream from under the tongue.

A Nigerian woman in New York called me on May 18, 2019, to share her joy over the disappearance of pains she had been undergoing from cervical spondylosis. Neurosurgeons in New York said her symptoms were too advanced to be corrected by surgery. Even chiropactors (bone setters) said they would worsen their case if they touched her. She appeared doomed to live with these problems which included brain fog, pains all over her body and unsteady gait.

When she came to Nigeria about last December and saw me, I linked her up with an elderly Nigerian man with similar circumstances, but who was lucky to have had his mangled cervical nerves freed from the pinching of the cervical bones through surgery, an intervention she could not be obliged in America and for which our own doctors, often derided as incompetent, deserve applause.

She and this gentleman had a fruitful conversation on the telephone witnessed by me. She went back to New York, unable to take a job because of her condition. Then, I suggested to her a sublingual nutritional supplement she could buy over there. That is what she had been taking which brought her the joy. Finally, what the question of the damaged colon suggests to me all over is the need for us all to take care of our intestine. We eat all sorts of rubbish food which are backed by heavy advertisement as good food, whereas they are not. Think of wheat bread and other wheat products from genetically modified wheat, which is all over the country, think of egg, sugar, fried foods, biscuits, and processed foods, such as sardines and corned beef.

Think of the liquid dish-washing soap. We do not get it all out of the cooking pot before we cook with it. Some are cut in the dinner plates. In essence, we eat this soap with our food. When we grind pepper in the market place, iron filings and grease from the machine get into the pepper. We buy ogbono that may have been preground for days and infected with fungi. The same goes for coal-roasted fish and coal roasted corn and plantain, which may come with burns.

These burns cause cancer. When we buy and eat plantain coal roasted at the road side, we do not think of the dirty paper with which they are wrapped. Sometimes, they are tucked inside cellophane tissue for us, yet we have been told that when hot food or water comes in contact with heated soft plastics, these cellophanes release petroleum residues into the food.

If we avoid that, what about the dust swirled up by the traffic and the suit and the carbon and the lead from traffic exhaust which settle on the plantain? If we avoid these as well, what of the underground plastic waterpipes which bring water from our overhead water tanks into our kitchens? Whether underground or overhead, these plastics are heated and release something into the water. If we use aluminium tanks, aluminium is a bad story on its own. To worsen matters, the internal surface is often coated with coal tar to prevent rusting. Isn’t coal tar carcinogenic?

Ladies and gentlemen, the reality is that we live in a world of poisons made by man and one of the only ways to minimise the damage they may cause our bodies and health is to continually detoxify our bodies, especially the intestine from which, in many cases death has been observed to come slowly but surely.

Continue Reading
You may also like...
Related Topics:femi kusa, made, man, poisoning, World