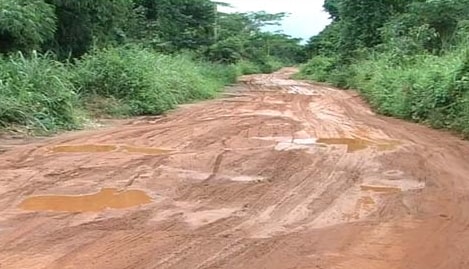 Man & Family Murdered For Refusing To Give Land To Edo CDA

Some suspected assassins have killed a man, his only son, wife and grand-daughter over piece of land.

The man identified as Edebiri and his family were shot dead at the residence at Ugbogun village in Uhunmwode local government area.

Two of his daughters narrowly escaped death by the whiskers as they were in the room when the gunmen opened fire.

Narrating what happened, elder brother of the deceased who gave his name as Pa Osaretin Oteh, said his brother might have been killed for refusing to give his land to the Community Development Association in the village.

He said his late brother refused to allow the CDA members take possession of the land.

A daughter of the deceased, Sandra, said the gunmen pointed a gun on her head and demanded for money, phones and jewelries.

She said she heard gunshot and opened her eyes to see her parents and siblings dead.

Sandra stated that her father had informed them about threat to his life but they did not take it seriously until the gunmen struck.

Her sister, Princess said the gunmen fired at all of them in the room to ensure that they were killed.

“They killed our father, mother, brother and my niece. We want the police to find the killers.”

Police spokesman, DSP Chidi Nwabuzor, could not be reached for comments.

Corpses of the victims have been deposited at the mortuary.

MC Oluomo May Die If Makanje Voodoo Knife Venom Is Not Extracted From His Body – Politician
MC Oluomo Not Dead, He Is Alive – Koko Zaria Debunks NURTW Boss Death Rumour