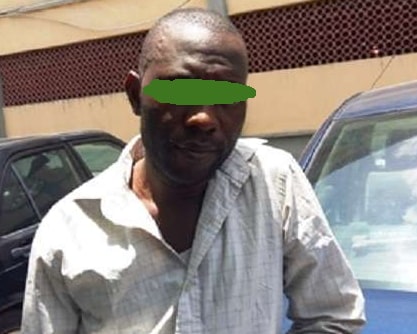 A man who was recently arrested for defiling his step daughter has been denied bail.

He was arraigned by the police on a one-count charge of defilement before Mrs K. O. Doja-Ojo.

Prosecuting Inspector Peace Chukwudi alleged that the defendant committed the offence at about 2pm on December 8, at 1004 building, Thomas Estate, Ajah, Lagos.

She said Akpan had “unlawful carnal knowledge of the girl without her consent.”

According to her, the offence contravened Section 137 of the Criminal Law of Lagos State, 2015.

Akpan’s plea was not taken.

The prosecutor prayed the court to remand the defendant pending legal advice on the matter from the Director of Public Prosecutions (DPP).

She ordered that the case file be duplicated and sent to DPP for legal advice.

The case was adjourned till January 9 for DPP’s advice.