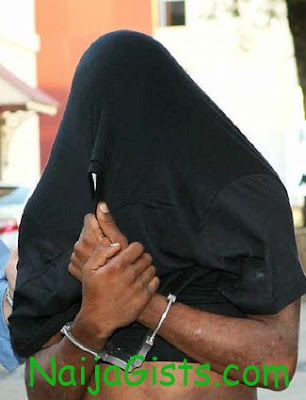 July 27, 2012 – South African Police Service on Wednesday made an arrest of a man who allegedly raped a 94 year old grandmother.

According to police spokesman, Col. Vincent Mdunge, the suspect is “a habitual criminal”

He said that the suspect appeared at the New Hanover Magistrate Court on Thursday.

“The woman was raped in her KwaSwayimane home in Emabheleni Ward, at 1.00 a.m. on Saturday.

“Police have been looking for him for another case,” Mdunge said.

Mdunge confirmed that the suspect had been one of the 3,150 granted presidential parole, and that police had been searching for him for his part in an armed robbery case before the rape.

KwaZulu-Natal Correctional Services Commissioner, Mnikelwa Nxele, confirmed that the suspect had been released at the start of the presidential remission in June.

Nxele said that the alleged rape was regrettable and sad.(NAN)