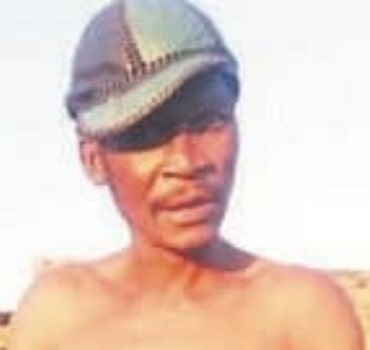 A South African man is regretting his actions years after stealing from a native doctor.

49-year-old Pule Motshabi said he stole money from a native doctor’s bag eight years ago and he is being punished by the ancestors.

He can be seen walking in the streets of Turflaagte kasi in Free State, South Africa without any clothes on. He said he used to steal from people by pick-pocketing them and he was never caught – but the theft from the native doctor has caused him a life of suffering.

He said he has always dreamed of paying back the money he stole from the native doctor.

“I have looked for him everywhere. I am like a mad man. I sometimes walk down the street naked and only discover later that I have no clothes on,” he said. “I really need to ask for forgiveness and pay him back,” he told Daily Sun.

He said he is worried the native doctor has died, because then he will have to spend the rest of his life being punished by the ancestors.

Pule’s aunt, Mojimang Shupping, said it hurt her to see her nephew walking around naked.

“Sometimes people beat him up because they think he is a witch,” she said.

“I have taken him to many native doctors, but they say the only thing that will set him free is paying back the money.”

“If the native doctor has passed away, the man must search for his family to pay back the money and let the family ask the ancestors to forgive him.