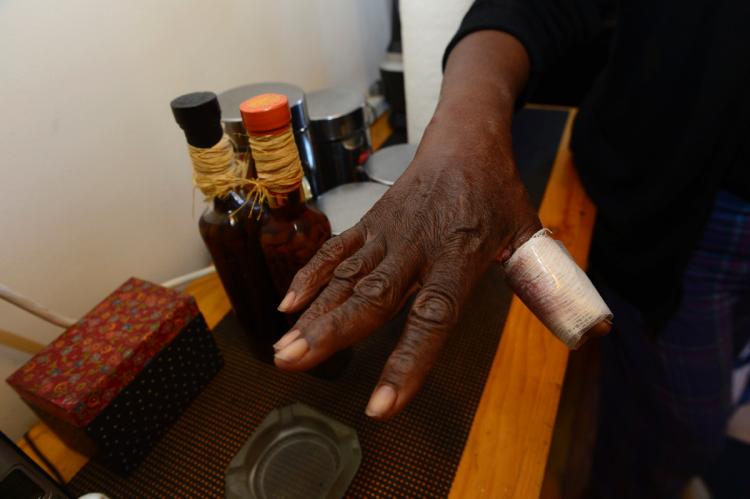 According to NY Daily News, a 49-year-old man enraged about President-elect Donald Trump’s victory stabbed four of his relatives with a meat cleaver Saturday, leaving his sister with a severed thumb, police sources said.

Yvonne Braswell, 67, said the fight began in her Flatbush apartment when her sons, Maurice and Dwight, got in an argument over why Hillary Clinton had been defeated.

Neither of the brothers voted for Trump, Braswell said, but the dispute escalated and Maurice grabbed a meat cleaver.
They’re always in confrontation, they grew up like that, bickering,” Braswell said of her two sons. “But it’s been a long time since they went this far. Many, many years.”

The family tried to break up the fight, leading to them getting sliced by Maurice in the melee, Braswell said, sporting 17 stitches in her thumb.

In addition to cutting his sister and mother, Maurice slashed his brother in the head and hand, sources said. Maurice’s nephew was also cut in the right hand, according to sources.