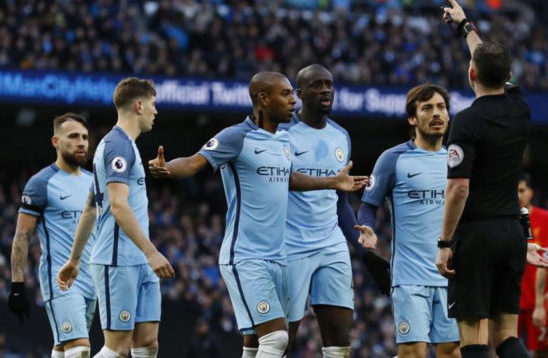 The English Football Association has handed a fine of £35,000 to Manchester City Football Club for refusing to correct their players for their rude behaviour during the 1-1 draw with Liverpool on Sunday the 19th of March 2017.

The rude protest happened when the referee awarded Liverpool a penalty kick.

The club admitted to a misconduct charge for failing to ensure their players conducted themselves in an orderly manner.