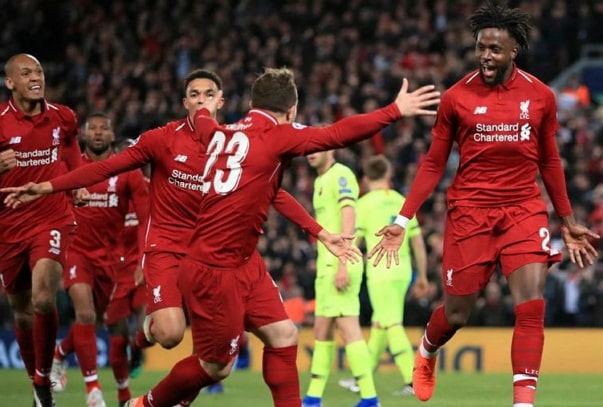 Liverpool has in an incredible manner beat Barcelona 4-0 at Anfield and 4-3 on aggregate to reach the Champions League final.

The club completed an unbelievable comeback from 3-0 down after the first leg to beat Barcelona 4-0 and reach the Champions League final.

It was a night of incredible drama at Anfield – and it means Barcelona have now surrendered three-goal leads in the knockout stages in each of the past two seasons.

It was the latest stunning reversal in a competition that rarely disappoints. 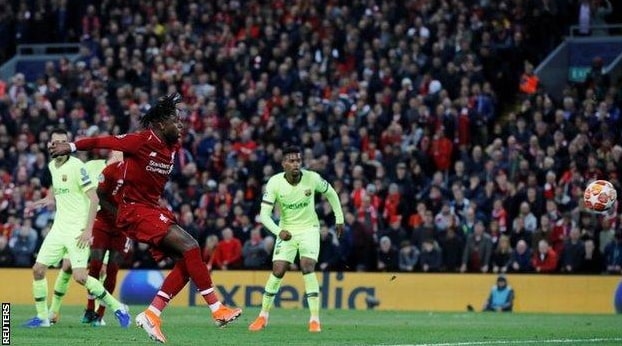 A late Lionel Messi masterclass at the Nou Camp left Liverpool’s hopes of a second successive Champions League final dangling by a thread. The Argentine scored twice, including a sensational free-kick – his 600th Barcelona goal.

Even the most optimistic Liverpool fan could not have held out much hope after star forwards Mohamed Salah and Roberto Firmino were ruled out of the second leg through injury.

Divock Origi gave them hope in the seventh minute but they could not find a second goal before the break.

A turning point saw pantomime villain Luis Suarez injure Andy Robertson, leaving the Scot to be replaced by Georginio Wijnaldum. And his two goals in 122 seconds levelled the tie.