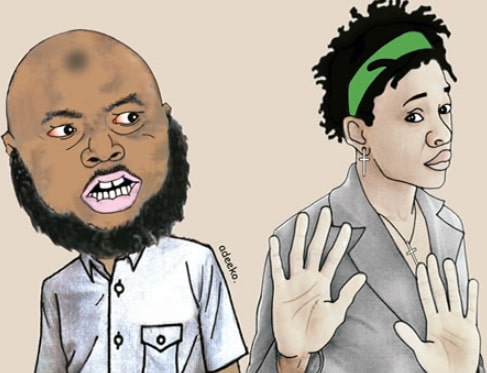 Olalekan in his divorce suit alleged that his wife was troublesome, destructive and in the habit of going through his phone.

According to him, he has had enough of her atrocities and therefore appealed to the court to rule that they go their different ways. The plaintiff further pleaded with the court to grant him custody of the only child in their marriage.

Barakat admitted to claim but refused that her husband had custody of their child who is one year old.

“My lord, I pray this court to set me free from this bondage I walked into blindly called marriage. I’ve learnt in a hard way that love is not blind; anyone planning to go into marriage must choose his or her partner with the eyes wide open, “Olalekan stated.

“I was head over heels in love with my wife when we met and never took pain to study her well enough. Today, I don’t have to be told we are not compatible.

“I’ve never met someone as troublesome as my wife. She turned our home upside down because she never ceased to fight me. She wearied me with her constant fight.

“She’s easily provoked and difficult to placate because she will never listen to anyone. When she’s angry, her eyes will turn red and she would destroy everything in the house. I have spent a fortune replacing things she destroyed and this gradually became our pattern of living. She destroyed my Plasma television, musical gadgets and other valuables.

“My lord, one of the things which regularly caused misunderstanding between us was her habit of going through my phone. She was always suspecting that I was having affairs with other women and would therefore go through my call logs and SMS in order to confirm this.

“I was never at peace for the few years we lived together. Any time we had a quarrel, she would threaten to deal with me or get rid of me. I eventually had my peace when she moved out of my house of her own free will.”

Continue Reading
You may also like...
Related Topics:bondage, marriage