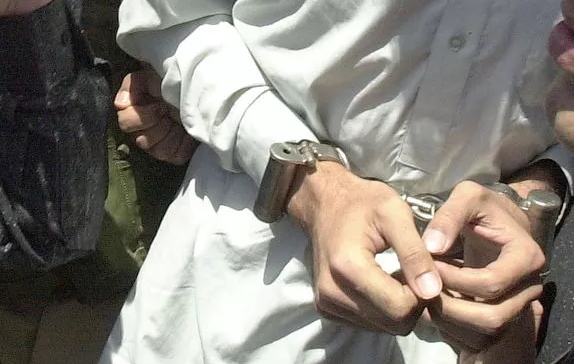 A mother of 3 has been executed in Pakistani for allegedly having an extra marital affair.

According to police report, 28-year-old  Khalida Bibi and her 19-year-old boyfriend Mukhtiar Muhammad were murdered today in the village of Chak.

The two were hanged from a tree today as police blamed her father, brother and husband for carrying out the honour killings.

Bibi and Mukhtiar were caught having a date at the backyard of Bibi’s husband house in Chak and the two confessed to the the crime when Bibi’s husband reported the affair to her family.

The two were reportedly beaten before being strung up in the tree and hanged.

All the parties involved in the senseless murder have been arrested.

Continue Reading
You may also like...
Related Topics:murdered, pakistani, woman