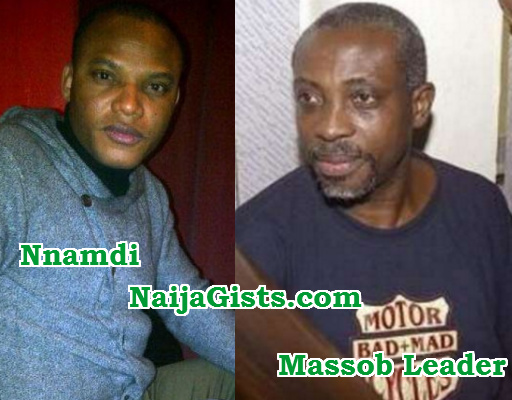 The leader of the Movement for the Actualization of Sovereign State of Biafra (MASSOB), Chief Ralph Uwazuruike, on Monday disclosed that the Director of Radio Biafra, Nnamdi Kanu, who was arrested on Sunday by the Department of State Security (DSS), does not belong to the movement.

Uwazuruike, who spoke through his Assistant Director of information, Mr. Sunday Okereafor, in Owerri, Imo State, described Kanu as a rebel who had long been expelled by MASSOB for inciting violence among members.

“Kanu’s arrest has nothing to do with the struggle for a sovereign state of Biafra,” the MASSOB leader stated.

He continued that Kanu broke the group non violence approach and was summarily dismissed.

Uwazuruike, however, dismissed the allegation that MASSOB was behind the arrest of the Biafra Radio boss, adding that the movement cannot meddle into unnecessary matter.