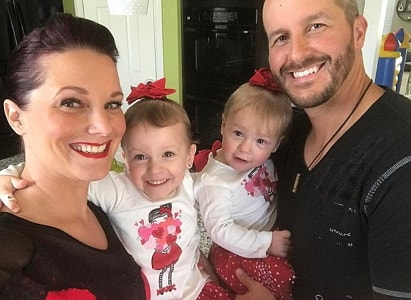 Christopher Lee Watts, a man arrested in connection to the murder of his wife and two young daughters went in a relatively short span of time from filing bankruptcy to enjoying apparent financial success, with his wife traveling extensively on vacation and for business.

33-year-old Chris and his wife, Shanann, filed for Chapter 7 bankruptcy in July 2015, claiming liabilities of more than $400,000. On July 12 of this year, the Wyndham Hill Master Association in Frederick filed a civil claim in Weld County District Court against the couple, according to court records.

But outwardly, it appeared the family was recently enjoying a prosperous period that included taking vacation trips around the world, often paid for by her employer.

“We have qualified for so many amazing trips in two years that we never otherwise would have been able to visit,” Shanann wrote recently on social media. She mentioned trips to New Orleans, Toronto, Punta Cana in the Dominican Republic, Puerto Vallarta in Mexico, Las Vegas and San Diego. “All inclusive, no work, all fun vacations …”

So the news that Christopher is being accused of killing Shanann and their two daughters, 3-year-old Celeste and 4-year-old Bella, makes no sense to family members and friends who knew them.

“I just want to know why,” Shanann’s brother, Frankie Rzucek, wrote in a Facebook post late Wednesday night. “My precious family, my one and only sibling, my sister Shanann, 2 adorable nieces, Bella and Celeste, and her soon to be found out unborn son Niko.”

Ashley Bell, a friend of Shanann’s for about two years, said Watts never mentioned any tension at home and that Christopher seemed friendly and normal.

Bell, her husband and her daughter visited the Watts home just before noon Thursday to leave flowers at the small impromptu memorial set on the front lawn.

“I feel like I’m giving something to her,” Bell said. “Letting her know that I’m here for her still.”

Shanann’s brother let out his grief and anger on Facebook. 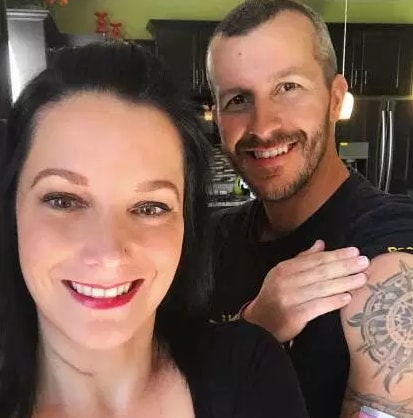 “I just want 30 seconds alone with that heartless psychopath,” Rzucek wrote. “May Satan have mercy on his soul. … My blood is boiling and the pain and anger and sadness I have in my heart.”

Shanann, who previously was employed by Children’s Hospital Colorado, worked for a nutrition company called LeVel, which released a statement about her on Thursday.

“Our hearts are broken for the loss of our dear friend Shanann Watts and her children,” the statement says. “Shanann was an amazing woman, mother, friend and overall person.”

According to bankruptcy records, Christopher worked for Anadarko Petroleum Co. On Thursday, the company said he had been fired Wednesday, the day he was arrested. Anadarko spokeswoman Jennifer Brice declined to provide any other information, citing the active investigation. She said the company is heartbroken and is supporting investigators. 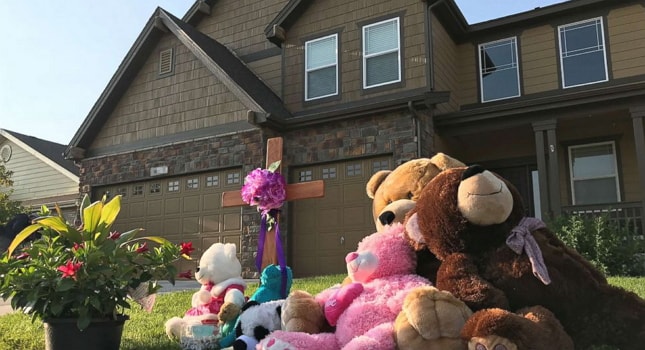 The Watts house is in a quiet subdivision about 10 minutes outside Frederick. Oil pumps dot the yellow plains surrounding the cluster of fairly new houses.

A neighbor of the Watts family said Thursday that Shanann was beautiful and, through their neighborly chats, seemed happy and successful. She remembers seeing Watts and the two girls playing at the community pool.

“I can still hear her voice calling to Bella,” she said. 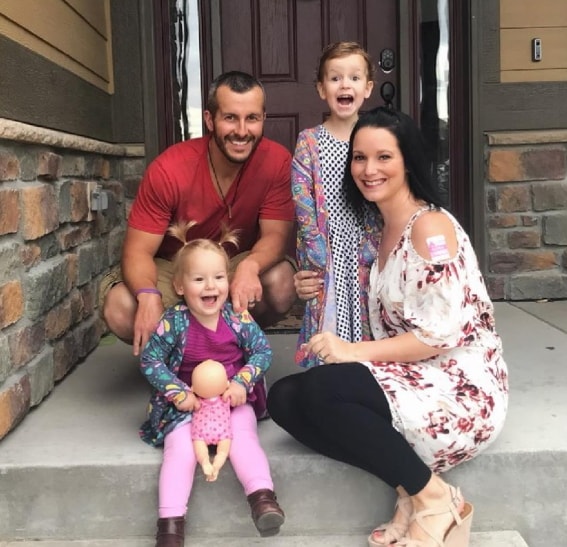 Shanann was from North Carolina, and her parents’ next-door neighbor, Joe Beach, said he had just seen her when she visited the neighborhood of modest homes in Aberdeen.

“I talked to her a couple times,” he said in a phone interview with The Associated Press. “We were talking about general things, about how her two girls were doing and how life was out in Colorado. She didn’t give me an indication that there was anything wrong. She seemed pretty happy.”

He said he knew her parents well and had known Shanann since she was a teenager. Beach said she was a nice person with two lovely children, both of whom he had seen on their recent visit.

“They were sweet kids. The oldest child was quite talkative for her age,” he said.

In an Aug. 8 Facebook post, Shanann described how busy her day had been after returning from a “six-week” trip with her family.

“Two loads of laundry, dusted the whole house, cleaned the refrigerator and pantry, went grocery shopping to two stores with the kids, took Celeste to a doctor’s appointment, emptied seven suitcases and three backpacks, fed kids a ‘million’ times, showered, went through six weeks of mail, washed the kitchen floor, cleaned up a kids’ disaster and repacked my suitcase for Arizona this Friday,” she wrote on Facebook. “All while four months preggo!”

Shanann wrote that the product she sold for LeVel — Thrive — is what propelled her.

The Wattses appeared to be going through a rocky period when they moved from North Carolina to Colorado in 2012. Bankruptcy records describe a series of financial setbacks.

Byron Falls, who bought Shanann’s house in Belmont, N.C., west of Charlotte, said Thursday the Watts family had been in a hurry to sell and left behind the furniture as part of the sale.

The Wattses filed for bankruptcy two years after moving into their five-bedroom, 4,177-square-foot home at 2825 Saratoga Trail in Frederick. They paid $399,000 for the home, according to public records.

The list of creditors included Ford Motor Company and Toys “R” Us. Their list of assets included their home valued at $400,000, a 2006 Ford Mustang with more than 97,000 miles on it, wedding rings and a dog, which they valued at $5. In one filing from June 2015, the couple reported that they had $9.51 in their savings accounts and about $860 in their checking account.

Their debts included $11,245 in student loans, according to Denver U.S. Bankruptcy Court records. Choice Recovery in Columbus, Ohio, was seeking to recover $740 for health and chiropractic services.

The family’s financial circumstances appeared to change dramatically after Shanann joined LeVel, according to her upbeat social media posts.

She documented trips to Latin America. There is a picture of Shanann and Christopher sitting in the dining area of a tourist ship in the Pacific Ocean near San Diego, both flashing gleaming smiles.

On one of her Facebook posts from May 5, she wrote: “I love this man! He’s my ROCK!”

She posted a photo on June 19 of some texts with her husband after sending him a sonogram. He replied that he loved the baby already. She posted: “I love Chris! He’s the best dad us girls could ask for.”

Her page has photo collages and video slide shows praising Christopher for taking care of their girls, how their love was growing stronger and that he was why she was brave enough to agree to a third child.

Another photograph from a June trip shows Shanann sitting on the edge of a pool with her feet dangling in the water as her husband gives her a back rub.

“Success is my best revenge!” she wrote June 22 on Facebook.

In another Facebook posting, Shanann described her fear of sending one of her daughters into the real world.

“The world is a scary place. I will do everything in my power to teach her right and to protect her, advocate, stand up for her and defend her! I pray everyday that she never feels any less than the rest of the world. I pray that she’s protected when I’m not around to protect her! Nothing or no one will stop me,” she wrote.