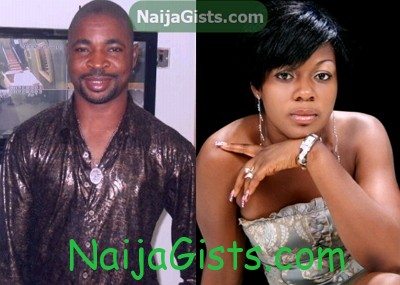 MC Oluomo, is a popular man in Oshodi area of Lagos state Nigeira.

He is a notable member of NURTW in Lagos who is already married with kids.

The re-known Oshodi boss reportedly dated actress Liz Da Silva for years and according to Nollywood insiders, he is the man who impregnated the Togo-born actress.

In December of last year, Liz Da Silva was rumoured pregnant and as a matter of fact, she has just passed her first trimester. She is currently 4 months pregnant.

A Nollywood insider who claimed the actress is confused to who the real father of her unborn baby is said she is 100% sure MC Oluomo is the man because the last intimacy that resulted in her pregnancy was with him.

The problem will surface if MC Oluomo rejects her baby.

Though she had another boyfriend named Akeem but she reportedly dumped him for the wealthy Oshodi transporter few months before her pregnancy.

Another Nollywood insider said Nigerian actress Liz Da Silva is extremely happy about her pregnancy considering she is no more a child.