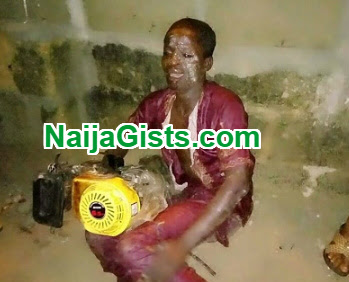 A Mararaba Upper Area Court in Nasarawa State on Friday sentenced a mechanic, Abubakar Ahmed, to 16 months in jail for stealing a generator valued at N50,000.

Ahmed, 30, who resides near Orange market, Mararaba, was arraigned on a three-count charge of criminal breach of trust, cheating and theft.

The convict, however,pleaded for leniency, saying “it is the handiwork of the devil.”
The judge, Ibrahim Shekaru, sentenced Ahmed after pleading guilty to the charges.

He, however, gave the convict an option of N18, 000 fine and ordered him to pay a compensation of N50,000 to the generator owner or serve a prison term of three weeks.
Shekaru also ordered the convict to write an undertaking that he would not commit such a crime again.

Earlier, Prosecutor Herman Donald told the court that Usman Shuaibu, who resides at Hajiya Crescent Mararaba, reported the incident at the Divisional Police Headquarters, Mararaba, on Sept. 20.
According to Donald, sometimes in Aug. 2016, the complainant gave the accused his generator valued at N50, 000 to repair for which he charged N3, 500.

“When the complainant gave the accused the generator and the money, he absconded with it.

“All efforts to locate him proved abortive until on Sept. 20 he was seen at Orange Market and arrested.”
The offences contravened the provisions of Sections 288, 312 and 322 of the Penal Code, Laws of the Federation.

Continue Reading
You may also like...
Related Topics:generator, mechanic, steals