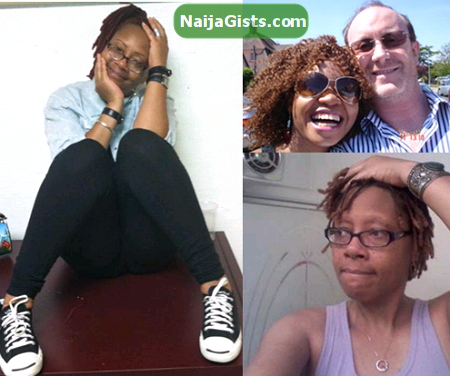 Pictured on the left above is Mrs Ifeoma Harvey, the former wife of Goldie Harvey’s husband, Andrew who accused the late Nigerian singer of snatching her hubby.

In a letter sent by her friend Bukola Alakija yesterday, Ifeoma accused the deceased of rendering her man useless after she allegedly used charm to snatch him from her.

Ifeoma and her husband, Andrew Harvey had two children together and she is still based in the UK.

According to Ifeoma, the charm Goldie used to snatch her man has been rendered ineffective due to her death.

Ifeoma and Goldie Harvey used to be best friends before her relocation to Nigeria from London.

She claims Andrew Harvey is lying sick at an hospital in Malaysia.