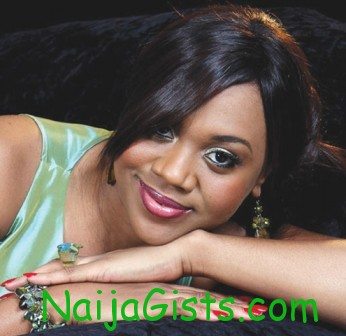 Popular Nollywood actress, Stella Damasus, in a recent interview with PM news opens up on so many things including her career, pet project among others. naijagists.com

I have been doing a lot of things really. My students at the Stella Damasus Arts Foundation will resume in about three weeks, so I am planning for their induction and also co-ordinating the project’s facilitators. We just concluded the Action Cut series film project in Abuja so the next stop is in Aba which will come up in May.

We are currently sketching the designs for my clothing line, SDA Collections, and they are looking great. I am so excited about that. Index Two Studios is about to start filming its short film, so since I am one of the producers, I am trying to make sure everything is in place for a smooth shoot. We are filming in Abuja so it’s going to be extremely worth it. We are editing our movie, Unspoken, that we shot in Cameroon.

SDA Productions and Index Two Studios are working together to produce a series of documentaries. There are other things that are coming up but I can’t talk about them now till everything is signed. I am preparing for my trip to the UK for the Women4Africa Awards ceremony because I am one of the three ambassadors they appointed recently. I have also been working in the studio, trying to fine-tune some of my songs. Project Alert is planning something soon and we are working on a huge documentary for that as well. I am going to be filming in Ghana for a movie and also a comedy series in Lagos. Wow! My hands are so full and I pray it translates to money… (laughs).

You seem to be very passionate about affecting lives positively. What is the motivating factor?

That is what life is about. I have discovered what my purpose is and I am who I am today because God was preparing me for the work ahead. I am here to help people and touch their lives positively. I know that God loves me and is passionate about me. He also loves His children and if I help His children, I can at least put a smile on His face. I remember the verse in the Bible that says: “Whatsoever you do to the least of my brothers, you do unto me.”

You earlier announced your intention to contest the post of Public Relations Officer in AGN’s forthcoming election but we recently heard that you have stepped down. Is that true?

Yes. It is true I stepped down. I honestly wanted to serve my guild which has done so much to contribute to who I am today. I felt that there were things that we were not getting right in terms of our image and our relationship with corporate Nigeria and the government. I realised that we did not have any form of insurance, pension funds for aging artistes who have served the industry. I saw that even getting loans from banks was impossible because we did not have regular incomes. I noticed that we did not have access to some funds and associations all over the world, I saw that we were not doing collaborations with the right people because of the way we have been packaging ourselves.

A lot of artistes still don’t have managers, lawyers and financial advisers etc. All these were reasons I wanted to try and do my best to contribute to the growth of my guild but the only major issue I faced was the fact that I am not a politician. I do not know how to play politics and when it started to get funny I realised that I did not have to be in power to help my guild. I am already training a lot of members for free. At least I can start from there.

The Nigerian entertainment sector has recently been rocked by sickness and deaths of prominent members. Do you think this is a natural occurrence?

I really don’t know what is going on but one thing I know is that we do not have the habit of going for medical checkup until we fall sick. We work and work until our bodies shut down. Most of us are not on daily vitamins. Another important thing is the fact that it is sometimes impossible to save money, especially among the older artistes who don’t get jobs regularly like the younger ones, and they most likely don’t have insurance or hospital retainerships.

Also, we take ourselves for granted because these diseases don’t degenerate overnight; they get worse because there is no early detection. Lastly also, we need to be more prayerful because things are happening that we cannot explain.

For sometime now, you have not been regular on screen. What happened?

I have done three movies that are yet to hit the market. I did Behind Close Doors Parts 3 and 4. I shot the movie about three years ago. I don’t know why it has not been released into the market. I also did Bent Arrows, a Lancelot Imasuen production which is yet to be released too. And recently, I did Two Brides and a Baby which was produced by Blessing Effiong. The premiere has been done at the cinemas. The most important thing, it’s not flooding movies with my face that would make me a better person. Recently, I went back to school to study acting; that is in the UK. In fact, I am actually going back there very soon.

I want to improve on my acting skill and my diction. I must continue to avail myself of the opportunity of being re-trained. Recently, my production company did a 13-episode TV Show called Changing Life showing on AIT, OSTV, UK and Ghana. Soon, we will begin to air it in Canada. Right now, I will soon start shooting the second part of the show as well. Mind you, I need time to stay with my children. I want to be part of their growing up. I take out a few months in a year, do the things I need to do, and go back to tender my children. I try not to expose them to the public, until they have come of age and decide what to do with their lives. Whether they want to become stars like their mum, it is left to them. Paying attention to my kids is very important to me. That is why I’m not so particular about featuring in movies nowadays.

Do all these projects in your hands suggest that your music career is suffering?

Not really. My music is not suffering. I’m not a recording artiste, but I own a band and I still do my live performances. I don’t go to night clubs to perform; instead I perform at weddings, product launching, naming ceremonies and all that. You might see me on screen doing music, because I’m concentrating on my band now. For the past one year, I have been working on my songs, trying to arrange them well because after over 15 years in the industry, my fans are expecting something good from me. I have to be careful not to come out with something that will not meet their expectations. Before the end of the year and by God’s grace I will drop two singles.

When you look back, what would you say may have gone right or wrong in your acting career?

I don’t regret things I have done or gone through. They are all part of my working experiences. I like the pace at which my career has gone. And if after 17 years of being in an industry and I’m still so relevant that people still believe in me and want me to endorse their products, then, it means that God dictates my pace. I can’t run faster than my legs can take me. Since I surrendered myself and my career to God, He’s been able to order my steps. I’m not allowed to be everywhere. I’m only at places where I have to attend. I don’t have any regrets at all. I’m happy the way my career has turned out. I’m happy with the pace at which I’m going. Over the years, how have you been able to cope with the temptations and criticisms associated with acting?

If you had asked me this question 10 years ago, I would have answered it. But after more than 17 years in the industry, I don’t bother anymore. They call me old layer now, since I’m not among the hottest and freshest actresses around. They have those they run after now. I’ve been able to maintain a certain standard. With God on my side, things have been working well for me and my children. So, I don’t succumb to male advances because of money or fame. The small fame that God has given to me, I’m contented with it.

How is your present love life?

I love Jesus. I’m in love with Jesus and He loves me more than anything else in this world. I’m happy.

You were a year older on Tuesday, Any regrets?

Honestly, I have no regrets at all. As I said earlier, God has been in charge of my life and career. So, I have no regrets. I will rather be thankful to God for bringing me this far. Many positive things have happened in my life recently and I feel so honoured.

A United States of America-based fashion manufacturing outfit, AmVictorious, recently unveiled you as their brand ambassador in Africa. How do you feel about it?

I am really excited and I looked forward to it. I’m humbled, knowing that there are a million and one other celebrities out there, who are more popular than I am; celebrities who are doing bigger and greater things internationally than I am. So, for the company to choose me over these celebrities not just for Nigeria but for the whole of Africa, means that I should continue doing the positive things that I have been doing.(pm news)