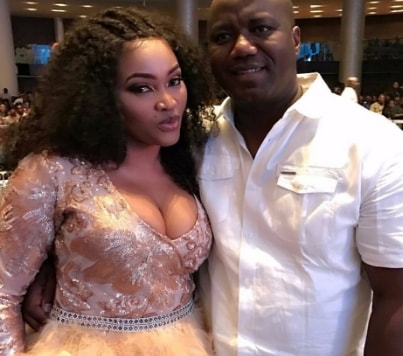 While this is not an unusual occurrence despite its lateness, Lanre Gentry has managed to leave tongue wagging with the content of his message.

The Hotelier who has been left embittered since the actress left him after battering incidence many months ago was cryptic with his message and his followers were quick to recognize he was shading his wife again.

In his post Lanre Gentry had written “My brother, congratulations on your wedding. I pray for your marriage and I know God has made your wife the best not the prostitute that will pretend as one! Once again, congratulations!”

While this could have been a pure innocent post, fans of the actress think it is a shade for Mercy whom the man has called a philandering prostitute on many occasions. Many also believe it is a clear indication that Gentry is not over the mother of his son.