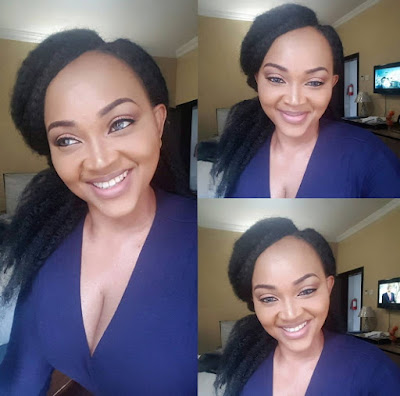 Mag Divas boss and Nollywood actress Mercy Aigbe stepped out in style for a friend’s wedding on Saturday in a beautiful cleavage baring dress designed by CEOluminee but the mother of two appeared rather uncomfortable at the event as she is forced to cover up her cleavage as she poses for camera. 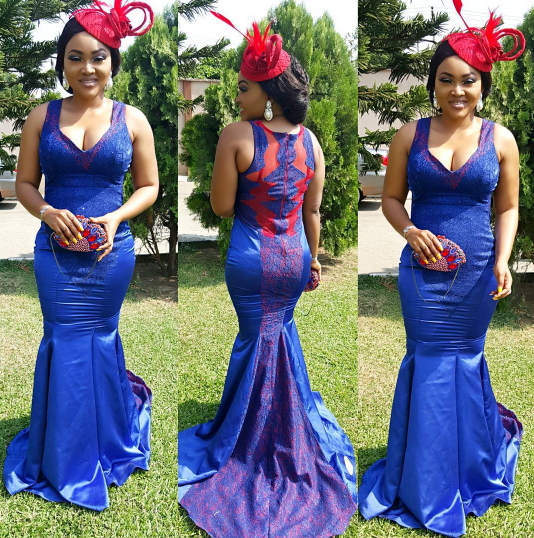 At first, she used her purse to cover up the cleavage. She later used praying hands gesture to stylishly cover it up. 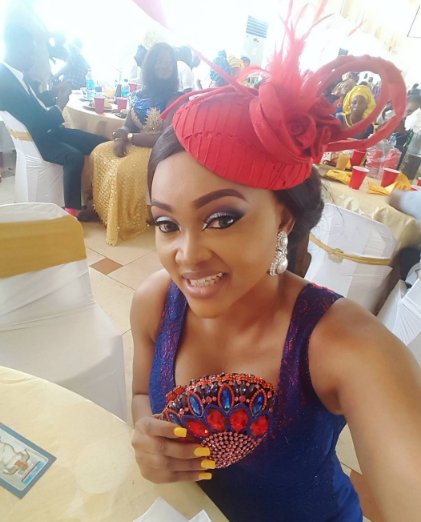 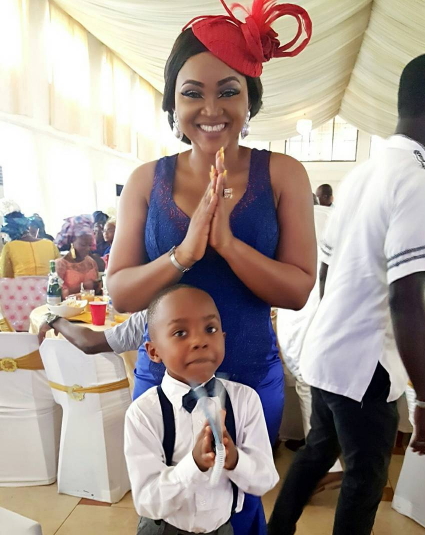 She even admitted to fans that the dress exposed her cleavage.

Since Mrs Aigbe has now changed level, her fans should expect more of this. 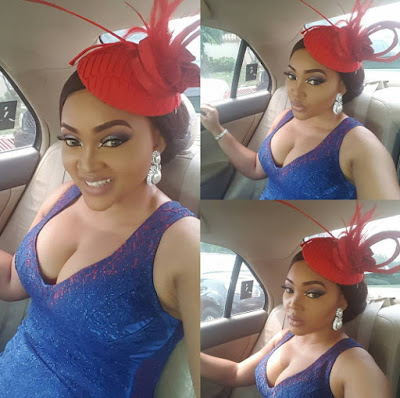 She must have received her Oga on top’s permission to step out in such demeaning outfit. #hollywood wannabe #African lady where is thy pride?