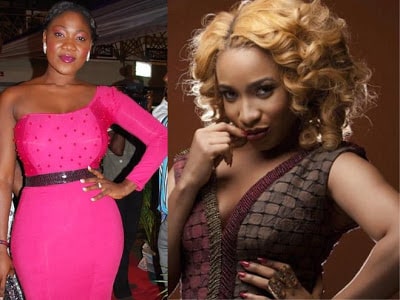 The Queen of Controversy shared a throwback photo of herself with a bone chilling confession of how she used to envy Mercy Johnson because she craved to be like her.

She went ono reveal that the this was the cause of her childish fight with Mercy Johnson then. 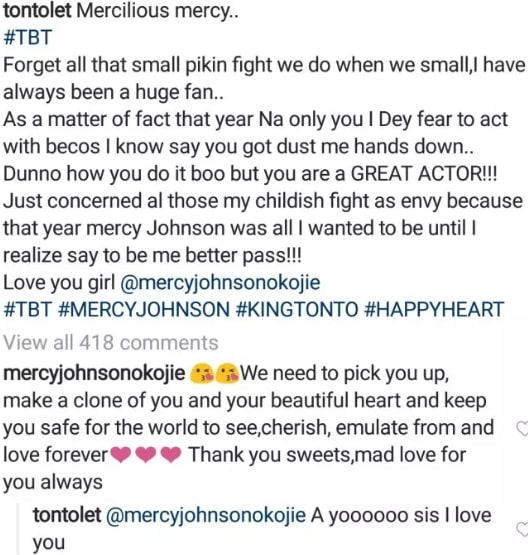 Their fight got so bad in 2013 that the actress always calls Mercy Johnson a fool until star actor Nonso Diobi sent her a strong warning message. 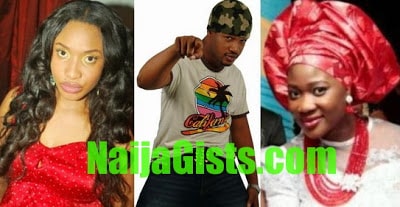 A school of thought is of the opinion that  Abuja-based Tonto who has lost so many friends in the past is trying too hard to make Lagos-based Mercy Johnson her friend.

But an insider said their friendship has never gone beyond the social media. #lobatan.