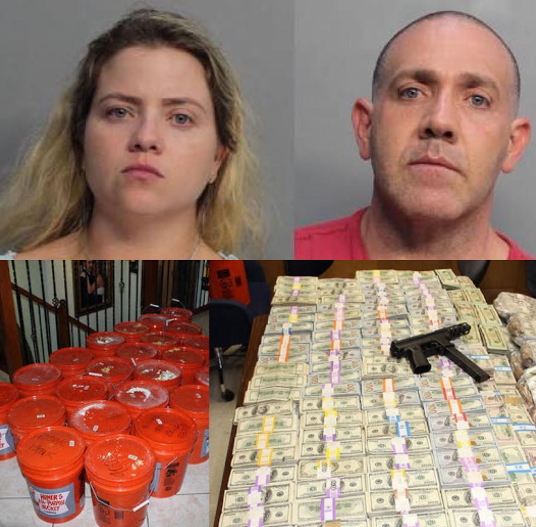 32-year-old Salma Hernandez and her brother Luis Hernandez Gonzalez, two popular drug smugglers were recently arrested by Miami Police detectives during a raid on their mansion in Miami.

Police seized a record-setting $24million cash from them.

The whopping sum was kept inside orange buckets. Detectives also found bundles of $100 bills in a secret wall compartment in their house.

This is the largest money seizure in the department’s history.