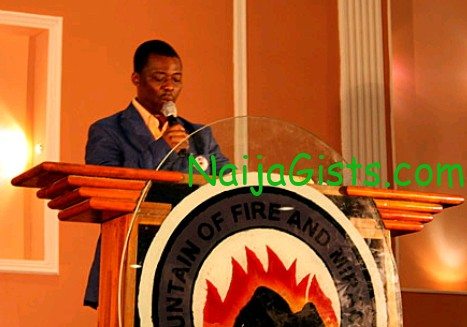 3 persons were on Monday arraigned before a Yaba Chief Magistrates’ Court for allegedly stealing N2.7million from the offering box of the Mountain of Fire and Miracles Ministries (MFM), Onike, Yaba, Lagos Mainland.

They are Osita Egbo, 32; Joel Okafor, 18; and a minor. They were charged with two counts of conspiracy and stealing.

Prosecuting Sergeant Modupe Olaluwoye said they committed the offence at midnight on July 2.

Olaluwoye said Egbo was a night guard, adding that his co-defendants are members of the church.

The prosecution alleged that they stole from the church’s offering boxes three times in the last one month with a fourth accomplice, but were never caught.

Read Also: Police arraign two for stealing 17 prepaid metres
Olaluwoye said the fourth accomplice, another minor, confessed to the crime after he felt cheated by the defendants.

He said the defendants stole N2.7million from the church’s offering box.

Chief Magistrate Oluwatoyin Oghere admitted the defendants to N1million bail each with two sureties each in the like sum.

She said the sureties must be employed and have evidence of three years tax payment to the Lagos State Government.

The case continues on September 25.