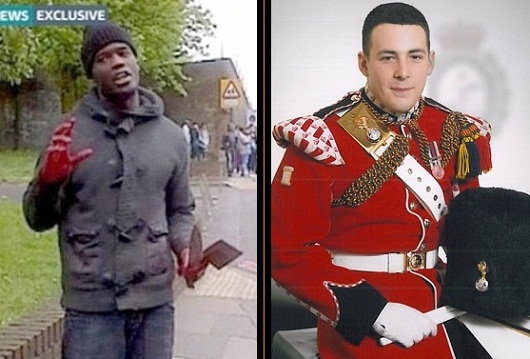 One of the two British-Nigerian guys who alleged killed a British Soldier In Woolwich South London few months ago has been attacked in a brutal UK prison clash.

We learnt Michael Adebolajo who beheaded Drummer Lee Rigby lost 2 teeth in a violent clash at HMP Belmarch in S-E London on Wednesday.

The Ministry of Justice has confirmed the attack as investigation begins.

‘The police are investigating an incident that took place at HMP Belmarsh on July 17.’It would be inappropriate to comment while the investigation was ongoing.‘ – said a Prison serivce spokesman

On the 22nd of May 2013, a Christian guy who converted to Islam was accused of beheading Lee Rigby with his accomplice, 22-year-old Michael Adebowale.

His trial has been scheduled for the 18th of November 2013.