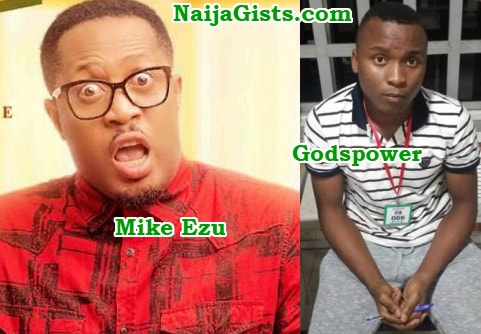 Months after Nollywood actor Mike Ezuruonye petitioned the EFCC against a criminal impersonating him on the social media, the EFCC has nabbed the faceless fraudster. 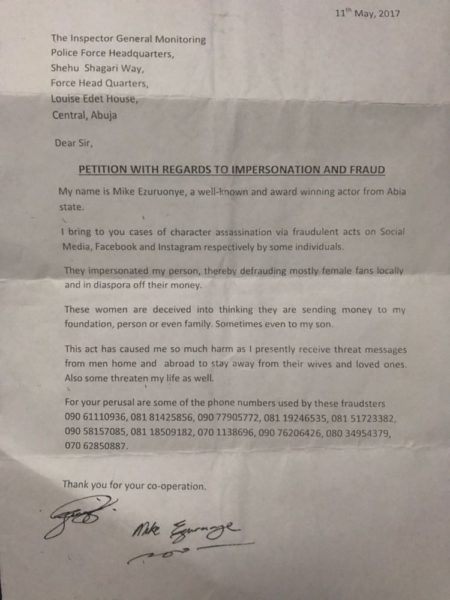 The Yahoo Plus boy identified as Godspower Osaigbovo Uhunmwangho was on Tuesday caught in his hideout in Benin city after the EFCC tricked him.

Osaigbovo reportedly used Yahoo plus juju to collect huge sum of money from abroad-based female fans of the actor. 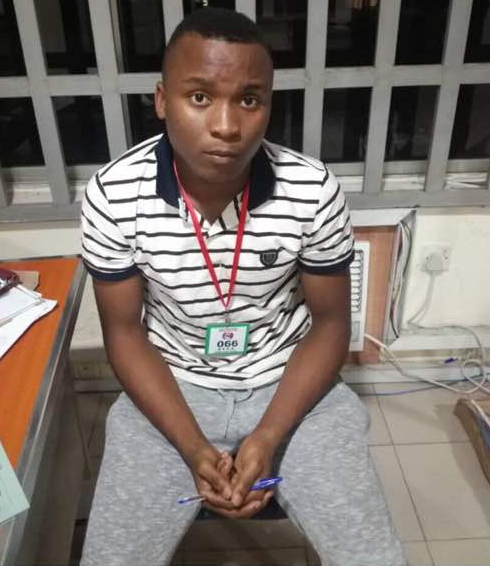 He is currently answering questions in the custody of the anti-corruption agency.

Continue Reading
You may also like...
Related Topics:fake, impersonator, mike ezuruonye, yahoo plus