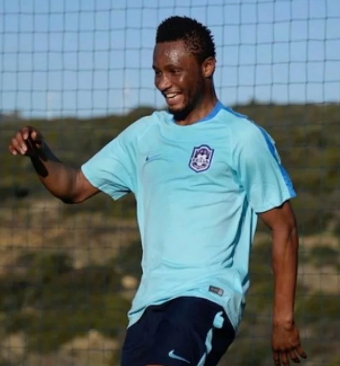 Footballer Mikel Obi has hinted that Tianjin Teda will be his final bus stop in football, if all things go on well with him in China.

Mikel signed a three-year deal with the Chinese Super League club currently training in Malaga, Spain after being frozen out at Chelsea, where he spent close to eleven years winning titles.

“If the club will not let me go, I hope to stay until the end of my career, TEDA will be my last stop.”

Mikel scored his first goal for his new club in their 6-2 loss to German side St. Pauli yesterday.

His goal came off a header from a well delivered free kick, which left the goalkepper of St. Pauli stranded in goal as the ball flew into the net.