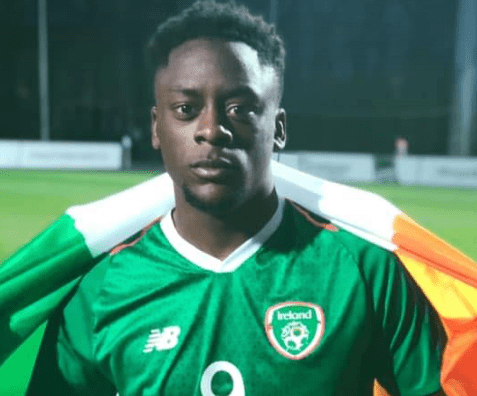 Scottish champions Celtic have announced the signing of Jonathan Afolabi on a free transfer.

The forward completed his move to the Celtic Park outfit, signing a three-year deal with the side after leaving Premier League side Southampton.

Afolabi is delighted with the move and looks forward to continuing his development with the Scottish club.

“It’s been great so far. This is a big move for me and everything has been going well so far. 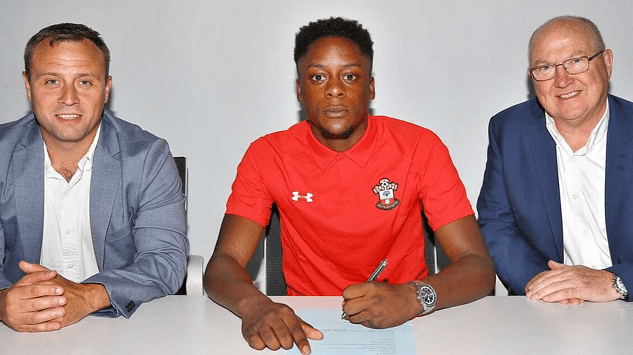 “The boys have been very welcoming, the fans have been great as well, and I’m delighted to be part of this family now. I can’t wait to drive forward from here,” Afolabi told the club website.

“I know Luca Connell from when we travelled to Russia to play in the European qualifiers for the Ireland U19s, and I likewise know Barry Coffey from the international set-up too.

“Celtic is just a stand-out team for me, and they have a great reputation of bringing youngsters from the Academy through the ranks.

“This is a great club, with a great history, and a great place for me to be a part of. I look forward to helping out in the seasons ahead.

“The club has great facilities, and a great winning mentality, which is what I want to be a part of.

“My goal here is to be part of a winning squad, adopt that winning mentality, and learn from the boys. If I can learn from the senior players, I’ll hopefully have the chance to play in front of these great fans.

“With such a talented pool of players, it’s going to take time and hard work to break in, to prove myself to the manager and the dressing room – but that’s something I would have to do anyway hopefully I can get a bit of time on the pitch in the future to showcase what I’ve got.”

Afolabi has represented the Ireland U19 team but he is still eligible to play for Nigeria.

The forward could make his debut when Celtic take on Hearts in a Scottish Premiership game on Sunday, August 25.